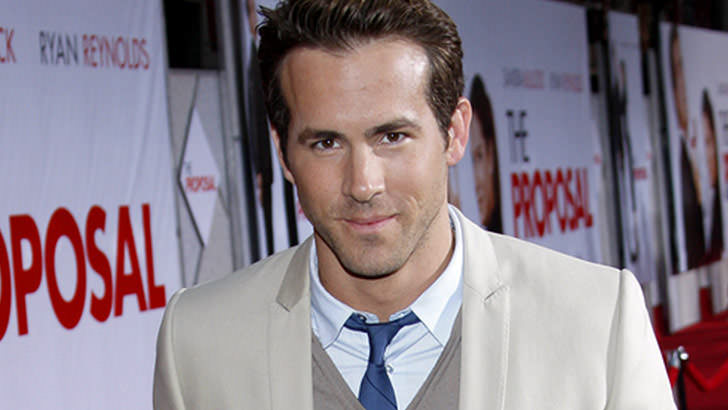 Photo credit: Bigstock
Ryan Reynolds simply can’t stop talking about his wife Blake Lively and their daughters, and it is just too adorable.

The actor once again reminded us why he is one proud husband and probably the coolest dad in Hollywood at the moment.

The Deadpool star snatched several huge awards during the 22nd Annual Critics’ Choice Awards yesterday, but instead of focusing his speeches on himself, Ryan talked about how writers are the most underrated personas in the business, and of course – he couldn’t help but gush about his wife, Blake Lively, and their two lovely daughters.

The actor took home Entertainment Weekly’s Entertainer of the Year award and during his speech he made yet another funny comment about his kids.

Aside from thanking many people in his life, he closed his first speech with: “I want to thank my wife, and for no reason at all, I suppose my children.”

Later in the show, he accepted another award, this time for Best Actor in a Comedy for his role in Deadpool, but for this speech he said he “prepared nothing”, so he decided to go with the flow and dedicated the beginning of the speech to Tom Hanks.

“I’ve prepared nothing, so I’m just gonna focus on Tom Hanks. No really though, you’re a huge influence on me,” Ryan told Tom. “My two-year-old daughter [James], the first full sentence she ever said was, ‘There’s no crying in baseball.’”

He, of course, got thumbs up from Hanks for this one. We can’t wait for more of his speeches. The man is pure gold.