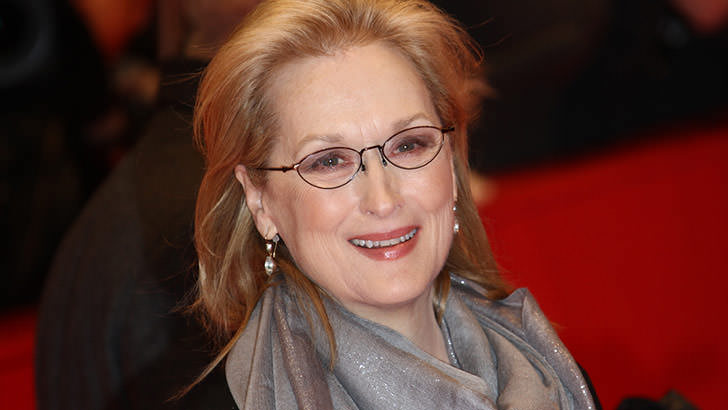 National treasure Meryl Streep yet again showed us why the whole world loves her. The actress delivered a captivating speech during the 74th annual Golden Globe Awards in which she talked about the press, Hollywood, and the President-elect Donald Trump, without even mentioning his name in the process.

Streep accepted a lifetime achievement award at the ceremony on Sunday night, however she didn’t make it about her.

The actress didn’t talk about her career at all. Instead, she took the stage to point out the seriousness of current political climate imposed by Trump.

“There was one performance this year that stunned me,” said Streep. “It sank its hooks in my heart. Not because it was good. There was nothing good about it. But it was effective and it did its job. It made its intended audience laugh and show their teeth.”

“It was that moment when the person asking to sit in the most respected seat in our country imitated a disabled reporter. Someone he outranked in privilege, power and the capacity to fight back. It kind of broke my heart when I saw it. I still can’t get it out of my head because it wasn’t in a movie. It was real life.”

This was in reference to Trump’s remarks during his presidential campaign when he overtly mocked the New York Times reporter Serge F. Kovaleski, who is suffering from arthrogryposis – a disorder which limits the functioning of one’s joints.

During her moving speech Streep almost broke down in tears, but managed to compose herself and continued with her engaging words.

Streep went on to point out how we should embrace our cultural differences instead of using them as a political weapon. She decided to blatantly and powerfully call out President-elect Trump for threatening to deport all non-American citizens.

“Hollywood is crawling with outsiders and foreigners, and if you kick us all out, you’ll have nothing to watch except for football and mixed martial arts, which are not arts,” said the actress.

During her speech the camera would cut away every once in a while to show us the reactions from other Hollywood A-listers including Denzel Washington, Bryan Cranston, Amy Adams, Robert Downey Jr., Mel Gibson, etc… and we could see just how moved they all were by Streep’s powerful words.

At the end of her speech she finally started shedding tears and her voice started to shiver when she mentioned some pretty wise words she was told by her friend and recently departed actress Carrie Fisher: “Take your broken heart. Make it into art.”