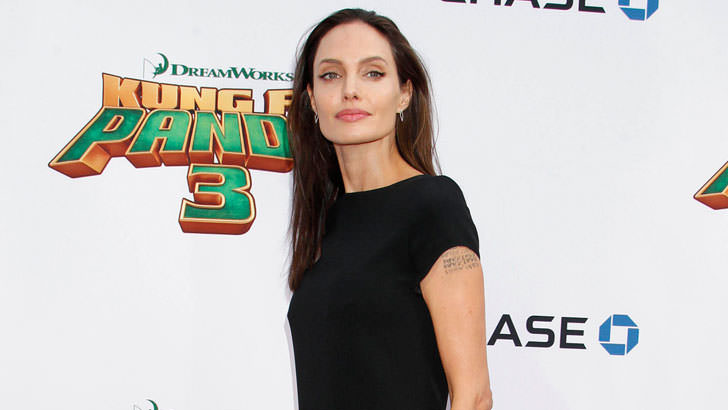 Photo credit: Image Collect
When she’s not adopting kids, Angelina Jolie is getting some new ink on her body! This time, the famous actress debuted not one, not two, but three new massive tattoos on her back while shooting a film in Cambodia.

Jolie’s fresh tattoos seemingly fit perfectly with her old ones, such as the tiger on her lower back and the phrase ‘Know Your Rights’ under her neck.

The new ink is done in what’s called the yantra style, which originates in Southeast Asia’s Buddhist temples.

While her new tattoos are unclear as far as the meaning goes, at least we know what she’s doing in Cambodia.

Angelina is currently directing “First They Killed My Father,” a new movie for Netflix which is based on a non-fiction book by Loung Ung.

Furthermore, Jolie is taking her own experiences during the Khmer Rouge years into account, as well as getting help from her eldest sons Maddox who was born in Cambodia, while Pax is doing photography for production.