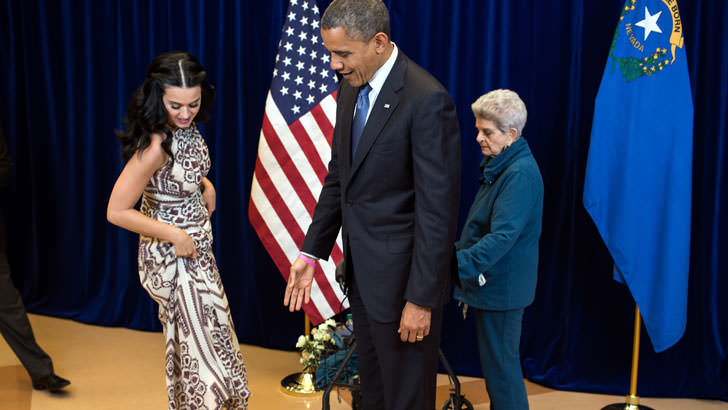 Katy Perry refused to bring her republican parents to the Democrat celebrations back in 2012, but last week she changed her tune.

She allowed her beloved mother, Mary Hudson, to accompany her to Washington D.C. for the 46th anniversary of the Special Olympics dinner and president Obama didn’t hide his affection toward the beautiful singer.

“We have just one of my favorite people performing tonight, Katy Perry. We are so grateful to her. I love Katy Perry,” said the American president while he was introducing the artist to the guests of the Special Olympics dinner.

Obama also admitted that he was not only a fan of Katy, but that he’s charmed by her mother as well.

“She is just a wonderful person. I’ve just met her mom and now I know why she is such a wonderful person, but I just want everybody to know she is on tour right now and so for her to take time out to do this is really special, and so we really want to say thank you to her for doing this.”

Katy is a woman of principles 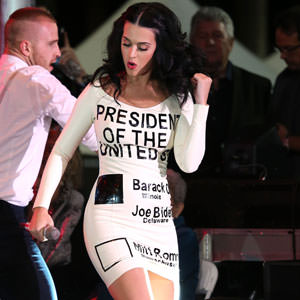 In her interview back in 2013 with Marie Claire, Katy has admitted that she banned her parents who did not vote for Obama to enjoy the perks and benefits of her calling.

“My parents are Republicans, and I’m not. They didn’t vote for Obama, but when I was asked to sing at the inauguration, they were like, ‘We can come.’

We are glad Katy changed her mind this time around.

It is always unpleasant when you let politics stand in the way of family happiness and harmony.