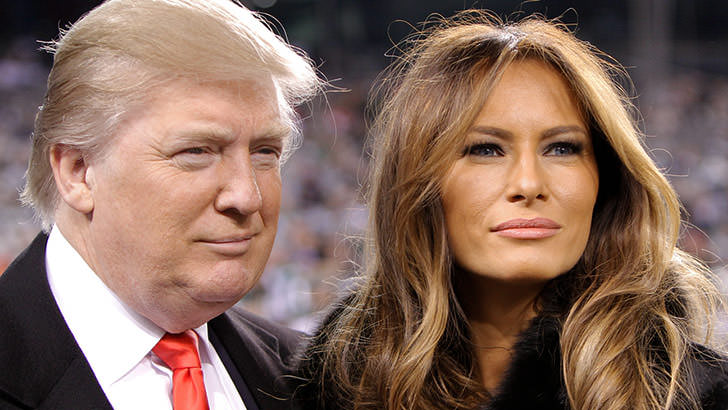 Photo credit: Bigstock
It appears that even though Melania Trump was a supermodel who should be now nailing all those fake smiles as the First Lady, she simply can’t hide her disappointment and unhappiness.

According to the body language expert, Judi James, ever since Donald Trump became the US president, Melania’s body language is saying: Help me…

All those public appearances Donald and Melania have had over the last couple of months suggest that their relationship is indeed crumbling. They simply seem awkward and distant every time they show up in public.

Not In A Very Good Place Right Now

Judi James of Mirror Online decided to deeply analyze First Lady’s body language during several of her public appearances, and she went on to dissect Melania’s behavior during her rally speech for her husband. Here’s what she wrote:

“That hand movement plus the small, spontaneous-looking smile and laugh that follows suggests Melania was both surprised and pleased by the cheers and about to get into her stride,” says James.

“It was at that point that Trump patted her on her bare arm and the micro-gestures of her facial expression suggest the anxiety returned in an instant. Her eyes look down and it could look almost as though she shudders.”

And we all know that shuddering is a sign of fear, revulsion, and unhappiness altogether.

Barack And Michelle Obama, On The Other Hand…

If we take a look at all those small but significant gestures and signs of easy-going PDA between Michelle and Barack, we can see how a couple that is truly in love should act in public.

The Trumps are certainly lacking these spontaneous PDAs.

“If you watch the Obamas in action you see a team of two communicating silently all the time. Part of the disconnect between the Trump’s body language signals seems to be down to the lack of what are called tie-signs. These are small touches, glances and nods that an established couple will use as a silent but powerful form of communication when they are out in public or at social events.”

So, is their marriage crumbling before our eyes? Feel free to leave your opinion in the comments section.